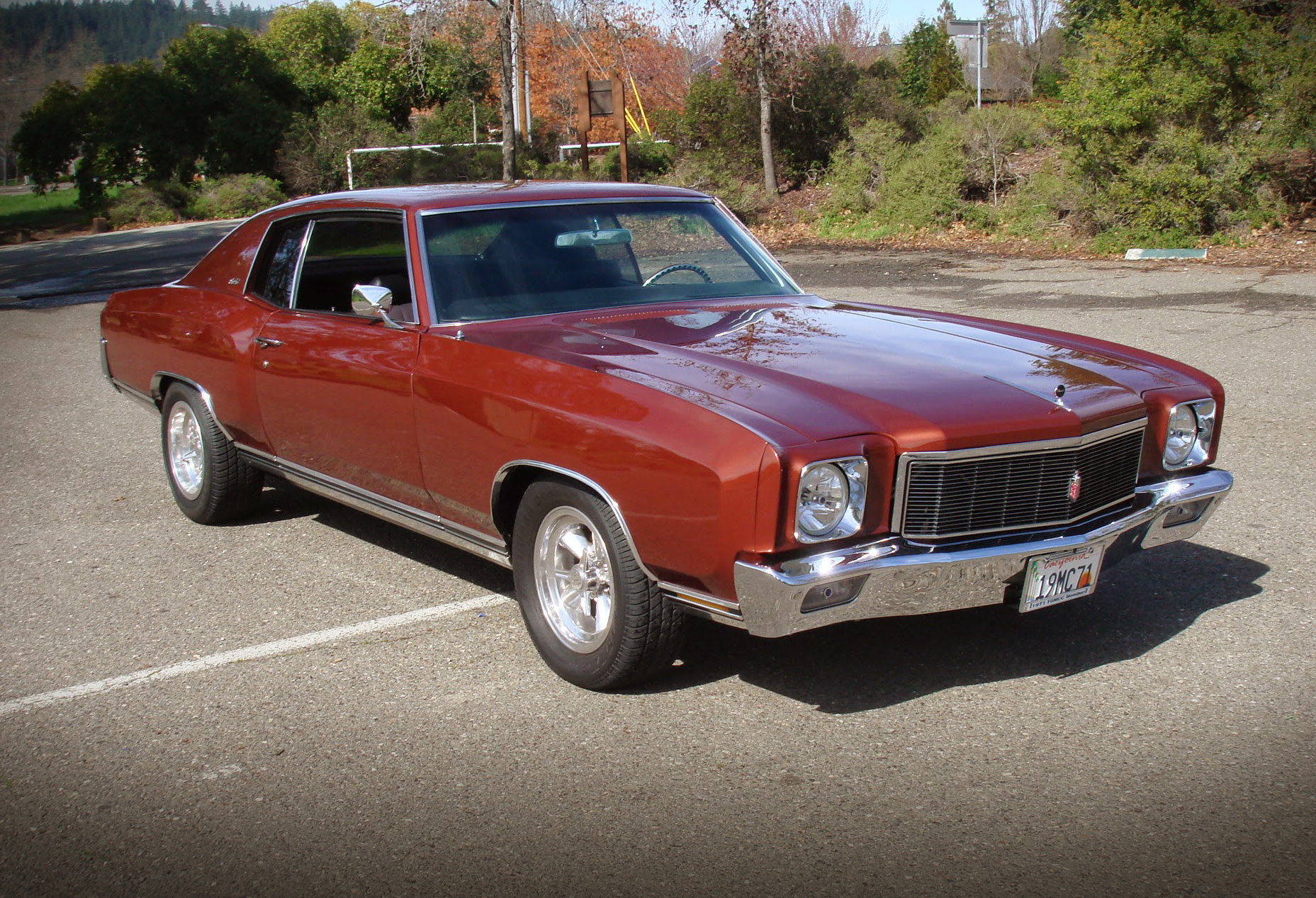 I was working as a letter carrier for the USPS when I first spotted a 1970 Chevrolet Monte Carlo, it was love at first sight and I soon found my way to Pellini Chevrolet in Sebastopol, California to order up a new ’71 Monte Carlo. The car was equipped with a 350c.i. 2bbl engine and Turbo 350 transmission, power disc brakes, A/C, AM/FM 8-Track, Rally Wheels w/derby caps, Bench seat with cloth and a Classic Copper Exterior paint color. I drove the car daily until 1990; with 123,000 miles on the odometer I put it into storage.

Ten years later, I was ready to begin the restoration on my beloved Monte. What I intended to be a pure restoration slowly evolved into a Resto-mod build, as the allure of making a few upgrade proved too much to resist. I started by pulling the engine and transmission, but soon the body was pulled from the frame and I was deep into a full frame-off restoration. After clean up and new flat-black paint the body once again returned to the frame.

I then took the Monte to Blake’s Auto Body in Santa Rosa, CA. There the body was massaged to laser straight and working with their team we finally decided on a new custom mix color that had a little more metallic to it and a bit of a color change. We named the new color “Root Beer”. 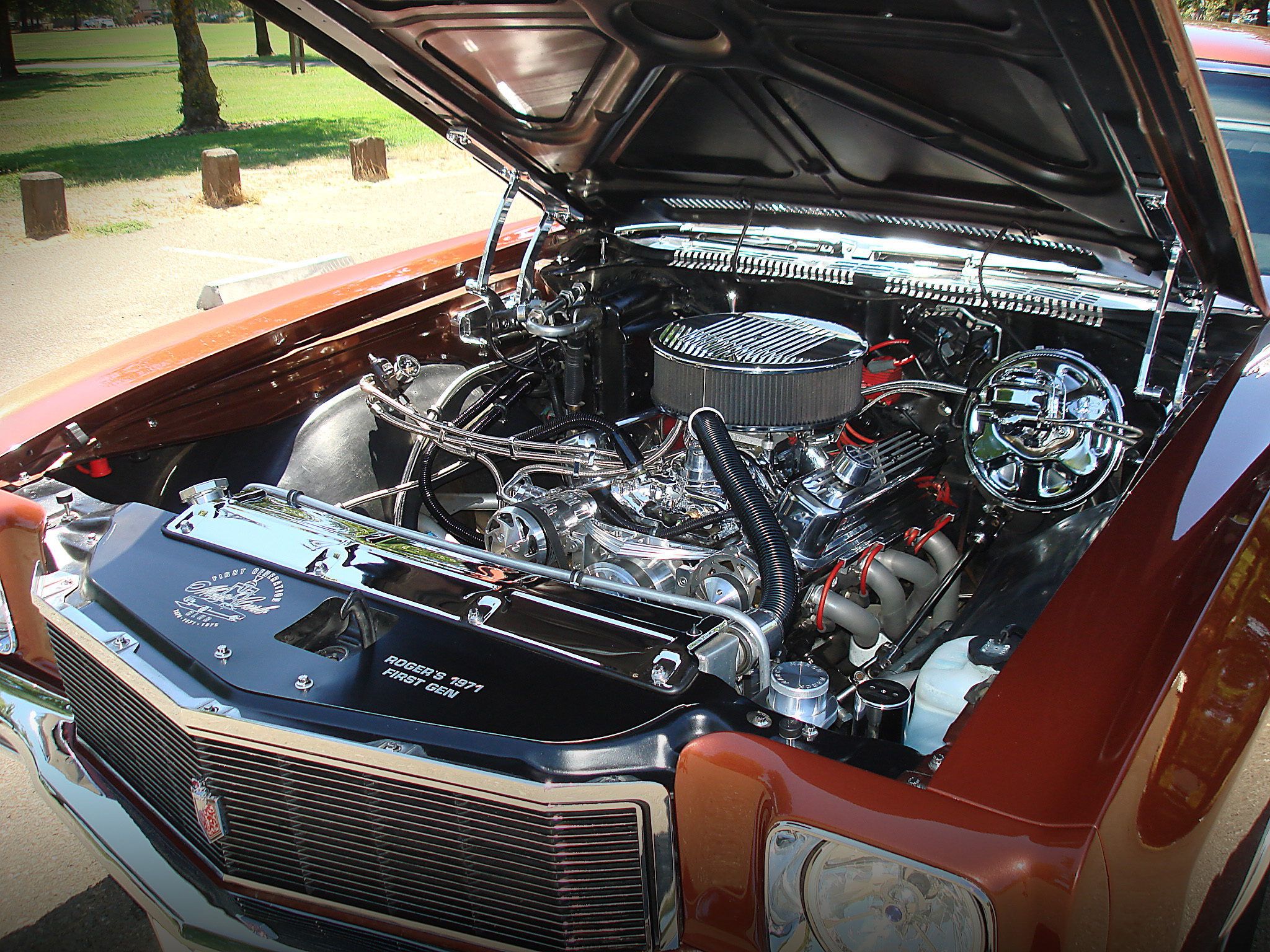 The freshly painted body was then trimmed out with all N.O.S. trim, except the hood ornament that remains original, and then new bumpers were installed. All of the exterior lighting is LED bulbs, and the headlights are Tri-Bar Blue Dots with H.I.D. bulbs. The taillights are from flaming River with Blue Dots installed in the lenses.

All window glass was replaced with “Euro-Glass” with a Smoke Gray color, the wheels were also replaced with a set of American Racing Torq Thrust II, 15×6 up front and 15×8 rims in the rear, the tires are Cooper Cobra’s.

I replaced the original engine with a ’94 Chevrolet 4-bolt main truck block, after building up the lower end, Vortech heads, Edelbrock Intake and Holley 650 carburetor all help create ample power for my ride. But shortly after putting it on the road I decided to change over to “EZ” Fuel Injection, and improved the mileage from 12 to 17.5 MPG with added power and reliability.

After 14-years of building we have come this far, but I am always looking for new ways to make my old car new again. But for now I am just happy to be driving and enjoying my 1971 Monte.