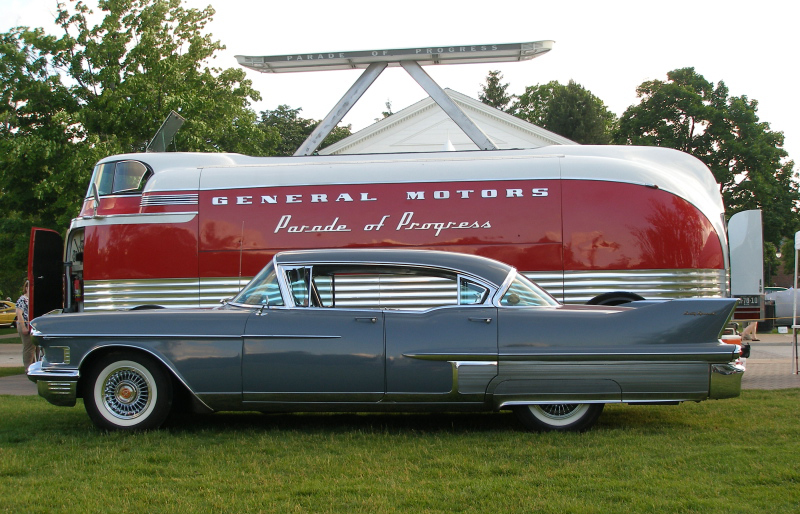 This past May marks the “Golden Anniversary” plus eight (8) years of my association with this vehicle; my late father (Ernst Bernard Wolken) acquired it from my great uncle’s estate on May 1, 1962 for the sum of $1,600.

As the Secretary-Treasurer of the Bluff City Brewery, Inc. of Alton Illinois (1882 to 1952), my great uncle Ernst Julius Netzhammer (b.6/3/1890 d.1/26/1962) needed to drive a car that fit his stature. Unfortunately, until the arrival of the 1938 Sixty Special, Cadillac did not cater to the affluent (yet frugal) owner who wished to drive his own vehicle. Due to his conservative nature, it was not until the 1940 version of this car that he purchased his first one for $2,325 which was scribbled in a large color Cadillac Fleetwood brochure. Changing only the color, he bought another in 1946 and then again in 1950 followed by a Cobalt Blue 1954 before this last Fleetwood Sixty Special colored Prestwick Gray arrived on July 10, 1958.

Unfortunately, when we first pulled it into our detached 1940’s garage, its nearly nineteen foot length didn’t fit in the allowed eighteen foot space. However, after the heavy sectional door was relocated – my mother got the first Sears automatic garage door opener in the neighborhood.

Upon my return in 2016, I found the original opener (now inoperative) still mounted in the garage. At the 2009 “Motor Muster” held at the Henry Ford Museum, an appropriate backdrop for this un-restored original car was found. It was none other than a restored 1953 GM “Futurliner” which was used in their “Parade of Progress” in the 1950’s. As the iconic 1959 is known for its extravagance, I refer to this 1958 as “conservatively ostentatious”.

While I certainly looked strange using this car in High School, I am pleased to say that I am finally “maturing” into it now and have enjoyed driving it back to my 1976 (10th) and 1998 (32nd) Reunions in the suburbs of St. Louis as well as using it in other events like the annual Woodward Dream Cruise in the Detroit area. Though it is promised to my nephew when I surrender the keys, if I play my cards right – perhaps I too can give it to my great nephew.