Every classic car electrical circuit and the components it serves, needs to be protected by a fuse or circuit breaker. This ensures if there is a fault in the circuit it does not result in a ruined component or worse yet an electrical fire. But often cars built in the 1950s and earlier do not have the traditional fuse box we’ve come to recognize in more modern cars. Rather they are often equipped with circuit breakers to protect the circuits.

These circuit breakers will often protect a series of circuits and are auto-resetting, so once tripped they’ll reset themselves. Although it’s important to note some manufacturers used manually-resettable circuit breakers, often with a button to press to reset them.

But we’ve seen manufacturers locate them in numerous locations, including: under the seat, behind the kick panels, behind the rear seat, in the engine compartment and even in the trunk. Don’t wait to have one fail before to learn the location of your circuit breakers, rather know where they are and how many amps each is rated for, as it’s always a good idea to keep one in the glove compartment as a spare.

When hunting down the circuit breakers in your car, don’t expect them all to look the same. Often in 1930s cars and earlier these were designed by the manufacturer and would vary in appearance from one make of car to another. But by simply following the electrical circuit from the battery to ground, you’ll discover the location of the breaker. 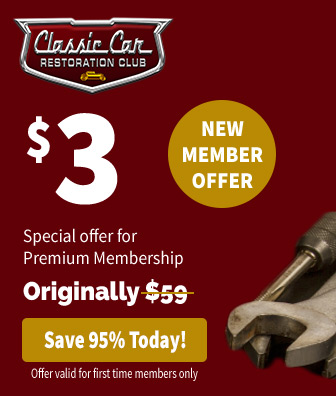