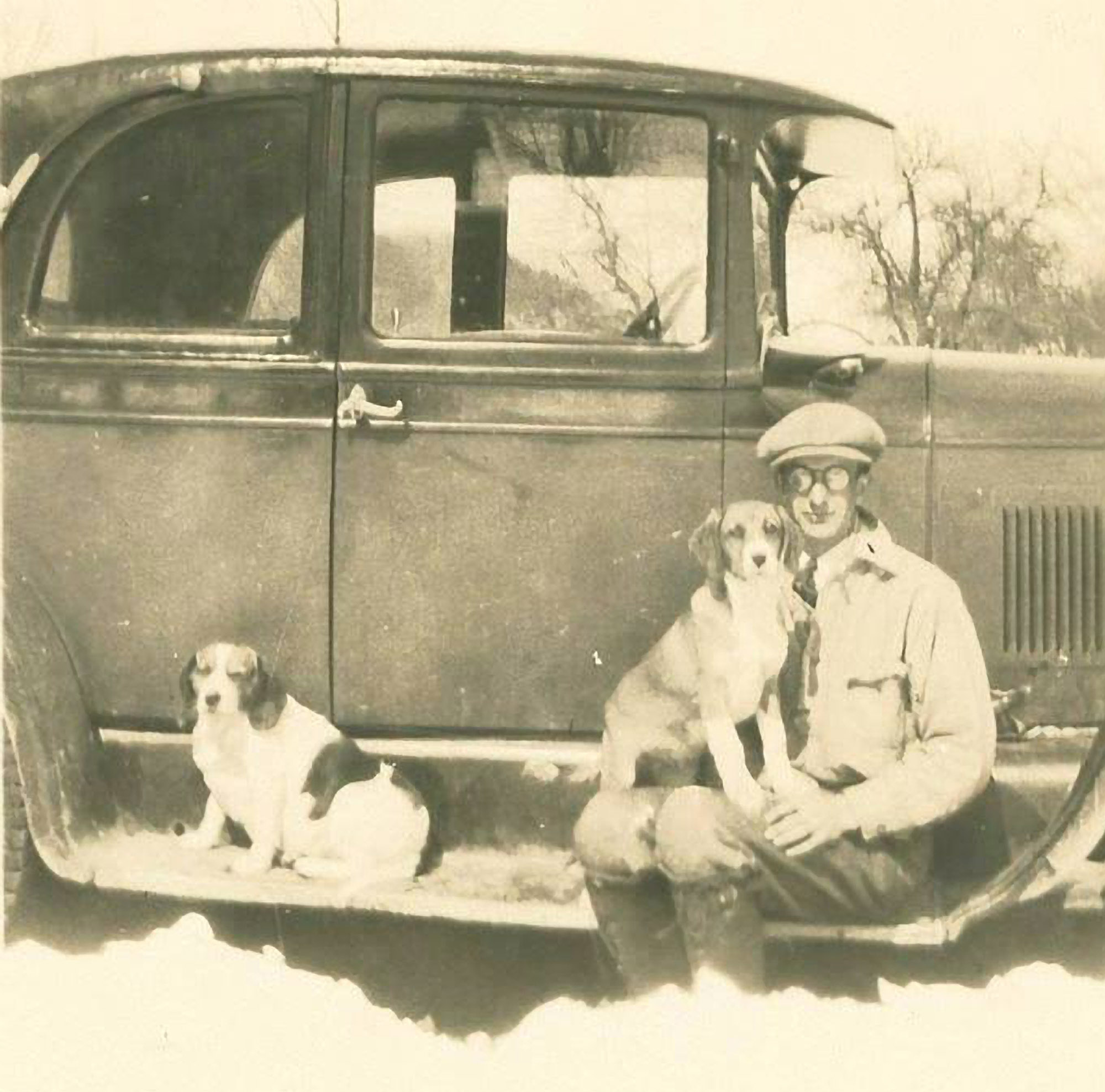 I have been annotating correspondence between my grandparents from the mid-1930s, from before they were married. During this time, my grandfather had what I think was a 1929 Essex. He frequently complains about keeping the thing running and at one point, has to replace the clutch. Because he was short on cash (as was typical during this era), he decides to do this himself with his friend, Francis (later my great-uncle, through marriage). They take it all apart. I came across this passage in a letter dated March 14, 1935.

“I have the Essex running at last. I spent nearly the whole day Tuesday putting in all the parts I could find and when I was finished I didn’t have the courage to try it out. I went in and talked to Fran for a while then dashed out and stepped on the starter. I don’t know if I expected it to explode or what but anyway after a few feeble groans and a great clashing of gears it slowly went into motion. Did you notice the fact that I mentioned a starter? I have done away with the Armstrong starter, but as yet haven’t discovered anything to substitute for that type of heater. Have you any suggestions?”

My question is, what is an Armstrong starter?
Can you provide any insight as to what he’s talking about?
I have attached a photo of my grandfather with what I am pretty sure was the Essex. He was from upstate NY.

Thank you very much.
Julie Williams

Great story and very nice photo! Although, I am sorry to say the car in the photo you sent is not an Essex but rather a 1927 Studebaker Victoria Coupe. They have a very unique front visor, rear quarter windows and Landau Bars. Studebaker’s of that period had very distinctive lines that set them apart.

“Armstrong” is sort of a tongue-in-cheek term to describe something you’ll need ‘Strong Arms” to do. Your grandfather had a good sense of humor. Years ago I bought a 1954 Ford F100 that was advertised with Armstrong Steering, and it took nearly all I had to drive it home.

In this case the Armstrong Starter he is describing refers to the engine crank. The crank was inserted through a crank hole in the grill, the ignition switch would be turned on, and the crank was turned by hand to start the engine. They could be hard to turn and require “strong arms” to do so.

If you weren’t hanging onto the crank properly and the engine backfired and the crank didn’t release, you could easily break or dislocate fingers, thumb or even a arm. Many cars in this era came with either standard or optional electric start and all had crank start capability.

Crank starters remained as a starting option on many cars well into the 1940s although the crank hole became more disguised.