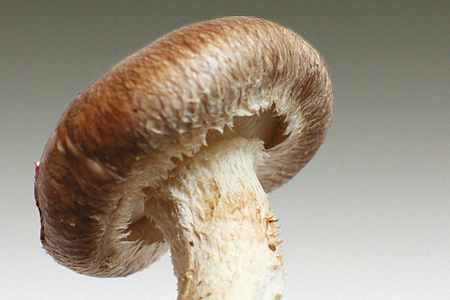 Once again, I found myself seated in the eye doctor’s waiting room. Time passes slowly with a metal shard embedded in your eye. I began to contemplate the chain of events that led me here, even though I had been wearing safety glasses. It wasn’t long before I realized the “Mushroom Effect” had once again bitten me – a force that is undeniable, unpredictable, and often times completely unavoidable. It always starts innocently enough, with a simple project planned to take only a few hours to complete and without warning it mushrooms into a major undertaking, perhaps risking life and limb.

I pressed hard to recall the first time I encountered this act of fate. Soon I remembered my brother changing out the air cleaner on his ’60 Chevy for a small Cal Custom model. The nut he dropped during the installation and presumed had fallen to the floor, actually found its way into the carburetor only to result in a hole punched in the top of one of his pistons as he fired up the old bow-tie. As he rebuilt the engine on the floor of my parents’ garage, I couldn’t help but think, “This all started with an air cleaner?”

Years later, my wife agreed to purchase our mid-’30s farmhouse under the condition that I install a dishwasher. Once again, I fell prey to the mushroom effect. Kitchen cabinets shorter than current standards and 1930s wiring and plumbing soon resulted in a room stripped to the studs. A year and a half later the project reached completion. I swore it would never happen to me again.

Despite devout efforts to avoid it, I’ve learned instead just to live with it. Although there can be an assortment of complicating conditions that make it almost unbearable. The “Deadline Effect” is the most common and will always ensure the mushroom effect will take over. That last minute car repair before the big car show will unfailingly result in a stripped stud, broken bolt, or leaking hose.

The “Spouse Effect” is often a direct contributor to the mushroom and deadline effects. Best characterized by your spouse’s continuous reminders that your project is taking longer, costing more, and has grown larger than the original estimate. After 30 years of marriage, the only treatment (not remedy) I have found so far for the spouse effect is to smile and nod politely while repeating three simple words…“You’re right, dear.”

I was jarred back to the moment when the receptionist called, “Mr. Simpson, the doctor will see you now.”

I was escorted back to a chair seemingly better suited for execution than any medical procedure. As the doctor entered the room he exclaimed, “You’re back again, what did you do this time?”

8 Responses to “The Mushroom Effect”